North Atlanta’s Twins Double Up on The Fun 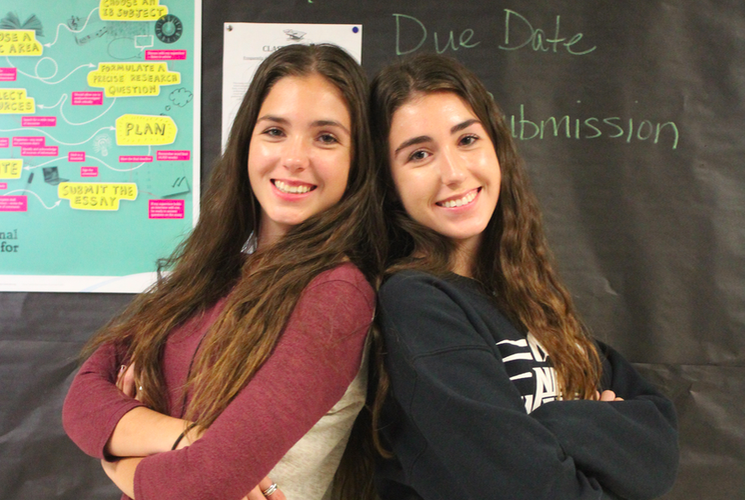 Imagine having the ultimate partner in crime, at school, at home, everywhere. You would always have a study buddy to collaborate with and would never feel very lonely with somebody right by your side. This partner could be a best friend, an older sister or brother, or, the coolest of all: a twin.

North Atlanta hosts an abundance of twins. Some twins are easy to tell apart, but others, not so much. As freshman Sydney Jones said about her twin friends, “It used to be hard for me to tell them apart, but their personalities are different, so now it’s easy.”

According to a recent study done by the New England Journal of Medicine, one in every 30 babies born in the U.S. is a twin, and the count is only increasing, most notably due to the trend of older women using fertility treatments to have babies, which leads to a greater chance of having twins or higher-order births.

But how is it actually being a twin? Looking past the stats, having a twin has its ups and downs. Twin senior Emily Martin likes it and she can’t imagine not having her twin Lauren by her side. It’s all an upside but sometimes sharing things can be kind of annoying, she said. “We share clothes and the same room,” Martin said.

But she was quick to add that she won’t share her schoolwork with her twin. “That’s more of a solo act than a team effort.”

Overall, having a twin seems awesome. Although sharing can be frustrating, having a friend always by your side is an unbeatable reward. And triplets? Well, that’s another story.