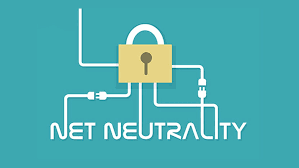 Cyber-Inequality? North Atlanta students are asking whether new policy moves from Washington change the nature of the the Internet as we’ve known it.

The Internet has established itself as one of the greatest inventions in history.  Some use it for work and research, whether it be a student or a professor at a top college. Some use it for entertainment, such as watching videos and browsing social media. Others use it for more questionable purposes. Regardless, all of them have one thing in common — on the Internet, anything can become accessible if you know how to find it. All of this is thanks to net neutrality.

Net neutrality is a rule that prohibits companies like AT&T, Comcast and Verizon from restricting access to the Internet, such as use of applications, websites or any other type of content people tend to use on a regular basis. “It is a controversial issue in the U.S,” said junior Andrew Friedman. “In previous years it didn’t exist and they brought it back, but now they’re trying to get rid of it again.”

Net neutrality’s origins date back to The Telecommunications Act created in 1996 that allowed small communication companies to compete with the big ones in order to drive up competition and prevent any unwanted monopolies. It has had a history of preventing internet service providers (ISPs) from tampering with information in the web.  They must be able to provide open networks without blocking or discriminating against anything inside.

However, on Dec. 14 the Federal Communications Commission’s (FCC) Chairman Ajit Pai had announced his plan to get rid of net neutrality, sending tidal waves of protest across the entire country. Some Republicans have gone against their Party and shared their disapproval, such as Senator Susan Collins of Maine or Jeff Fortenberry of Nebraska. The repeal of net neutrality would mean that ISPs such as Comcast or AT&T would be able to charge extra fees to internet users and provide a faster connection, while slowing down the regular networks. This would support global enterprises that can afford to pay, but hurt small businesses and individual users.

“Web based companies like Google would probably sue internet service providers just to retaliate,” said Friedman. “I’d say for now, it seems like a big deal, but I don’t think it’s going to plan out into anything super big.”

Though these actions would not affect other countries drastically — if at all — there have been other instances of similar net neutrality repeals being met with anger. The same story had happened in India and, after the last year and a half of discussion, the Telecom Regulatory Authority of India finally created rules that would prevent ISPs from providing “fast lanes” for certain kinds of data and force them to be transparent about data management. “It would be a constriction on people’s freedom,” said junior Chris Peters. “I don’t know what each of these services like and don’t like, so depending on what I search it might get blocked.”

Some have argued that net neutrality had too much government control in of itself and that’s caused for it to have a technical monopoly over everyone. How true that is is up to debate for those that are willing to take a side. With it being taken away, many have predicted that there will be a slow increase of control around whatever is flying around the Internet. The equal ground for all businesses would be leveled to the advantage of the big guys and the internet would be neutral no more.