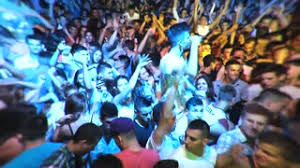 Modern Mingle: Today's North Atlanta students would be those that would be categorized into Generation Z, facing things from social media to price management.

If you are enrolled as a North Atlanta student right now, you are part of Generation Z, or Gen Z for short.

Gen Z-ers are those who were born in 1995 or later. A common misconception among those today is that all young people are millennials, when in fact, the cutoff is generally considered to be having a birth year in the era 1980 -1994. Though this is still up for debate. According to the Huffington Post, Gen Z-ers will make up one-third of the American population by 2020 and contribute the most to the American economy.

There are some key differences between millennials and Gen Z, even though baby boomers and Gen X like to lump them all together. Gen Z is notorious for being less focused and more prone to mental health issues. Also known as the iGeneration, Gen Z has grown up around constant stimuli like Snapchat and Vine, and witnessed the growth of smartphones from a luxury to a necessity. Studies have shown that the attention span of Gen Z is less than that of millennials. However, growing up around constant stimuli has allowed Gen Z to process information faster than any other generation before them.

Millennials are also more price-aware. They entered the job market during the great recession, and tend to be more careful and pragmatic about spending than Gen Z. Millennials use coupons and discounts significantly more than Gen Z, however, one must take into account that most Millennials have more bills to pay as parents or homeowners than young adult Gen Z-ers.

Gen Z is also more globally and culturally aware than their millennial elders. Gen Z grew up with the widespread emergence of the internet, and therefore connected with peers from all around the world. Quick access to all kinds of people and opinions maade Gen Z by far the most diverse in their open-mindedness and ability to accept alternative ways of thought. Talk about demonstrating the IB profile!

However, there is a downside to growing up alongside the internet. Gen Z-ers are 25% more likely to be addicted to their phones; 40% of Gen Z-ers say that they’re addicted to digital devices. This is also because millennials largely grew up without social media or smartphones.

Students at NAHS weighed in on the distinction between Gen Z and millennials.

“I think Gen Z has a lot more anxiety surrounding school. It’s so much harder to get into any college now than it was in 2000 or even 2010,” said senior Jake Connor.

“We communicate so much through social media and texts,” said sophomore Lily Lazarus. “I really think it warps our in-person relationships with each other.”

Being part of Gen Z is definitely exciting, and growing up around such incredible technological innovations is an experience. However, our increased self-awareness must help us learn to navigate the real world just as much as the digital one.