What’s Up With the Parking Deck Security Guy? 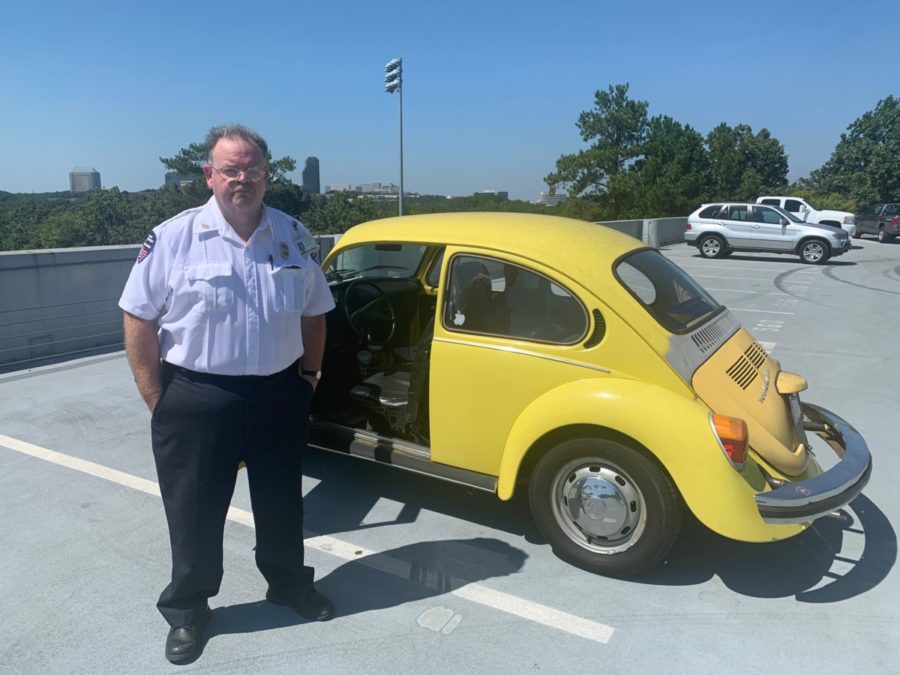 From the early morning through the final bell, there is one man who North Atlanta’s parking deck patrons can always count on: Darren Voyles. Around here, he is known as the parking deck security guy. He’s always keeping a careful eye out for NAHS students. Day or night, rain or shine, you can count on him to save the day.

North Atlanta’s parking deck security guard, Voyles, is a staple in North Atlanta’s parking deck culture. Born and raised just south of Atlanta in East Point, he is a Georgia native through and through. Although Voyles switched states and graduated from Jacksonville State University in Alabama, nothing could ever sway his love for Georgia. “I’m really glad to be here in Georgia, after all I’ve been here all my life,” said Voyles, “I can’t imagine being anywhere else.”

Voyles is always on the move. Throughout the day, he keeps himself busy by making sure all cars are turned off, watching out for suspicious activity in the deck, and ensuring that all parking permits are stuck securely on the front windshield where they belong. When he’s not here at North Atlanta keeping the deck safe, Voyles enjoys the beautiful view of the Vinings skyline from the parking deck rooftop. “The best part of my job is getting to be outside every day, he said. “I’ve always had such a love for the outdoors.”

Most students would agree that when you think of Voyles, you think of classic, timeless rides. What would the parking deck be without that classic yellow bug at the entrance to greet NAHS students every morning? His classic ride was given to him by his father, a ‘74 Volkswagen Beetle, in mint condition. Voyles’ other vehicle, a red Chevy pickup truck, is the perfect counterpart to his yellow Beetle. Voyles purchased the truck in 1994, and is in keeping with his vintage automotive tastes. “I’m always excited to see which car Mr. Voyles pulls up every morning,” said senior Annabelle Sarkissian. “It’s really cool how its always this big surprise.”

Whether he’s sporting the timeless yellow bug or the classic red pickup truck, Voyles will always be here to protect the deck. Students need not fear, because Darren Voyles is here!