Catherine Williams: the Epitome of a Warrior 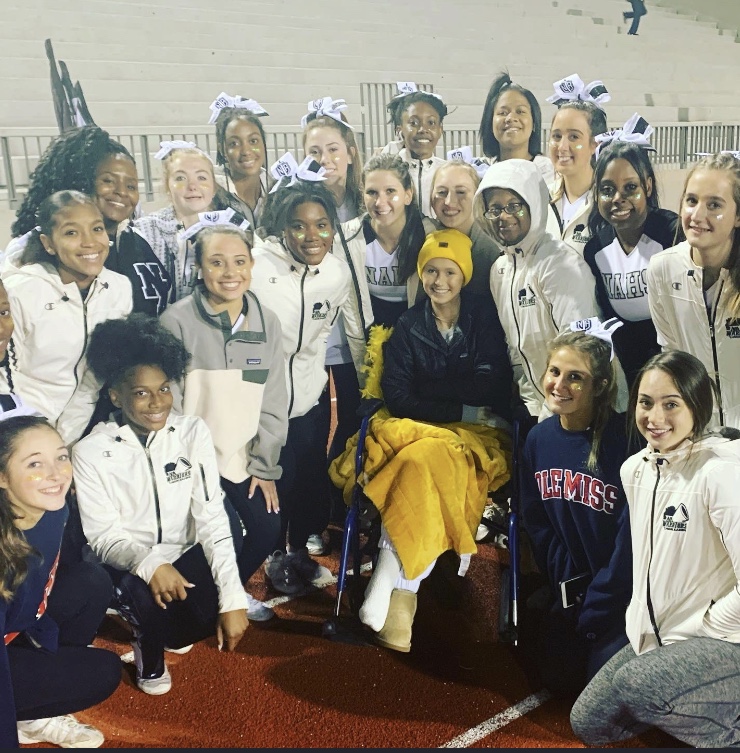 On May 7, North Atlanta student Catherine Williams was diagnosed with osteosarcoma from a tumor found in her left tibia. Since then, she has undergone three surgeries and multiple stages of chemotherapy. Throughout her journey, the community around her has shown a tremendous amount of support to her and her family.

Weeks after the diagnosis, Williams began the standard chemotherapy regimen for osteosarcoma patients at Children’s Healthcare of Atlanta. After a full body bone scan and a CT scan of her chest, the doctors found tiny dots in her lungs, which represent pieces of the original tumor. After the first stage of chemotherapy, the doctors performed a second surgery on her leg, in which they removed the tumor completely. She was given a replacement knee made of cobalt chrome and titanium to ensure support. “Hearing news like this tough but with bad news comes good news, and that’s why I try to stay positive as often as possible,” Williams said.

After the surgery, another series of chest scans were performed and showed that many of the dots from May have grown in number and size. This caused Williams to undergo a third surgery to remove as many of the pieces as possible. Due to the growth of the pieces, it has been inferred that her original chemotherapy regime has not been strong enough. Doctors are still looking for a stronger six-month regime. “It has been an extremely hard process, but I will continue fighting until I ring the bell,” Williams said.

Williams has received much support from the community around her. North Atlanta’s Warrzone held a yellow-themed football game to honor Williams and her fight against osteosarcoma. Internet star Nick Colletti and singer Post Malone each sent videos to wish her luck during her battle. “The support has been truly incredible,” she said. “I’ve been through some very rough patches, and it has been one of the only things keeping me going.”

With her third surgery done, Williams’ PET scan came back clean and she has begun the recovery process. The scan clarified that there is zero cancer activity outside of her lungs, meaning that the cancer is no longer spreading. As Williams continues to recover, she remains determined to kick cancer’s butt.

Among the Warriors in our school, she embodies the true Warrior Spirit. Fight on, Catherine!