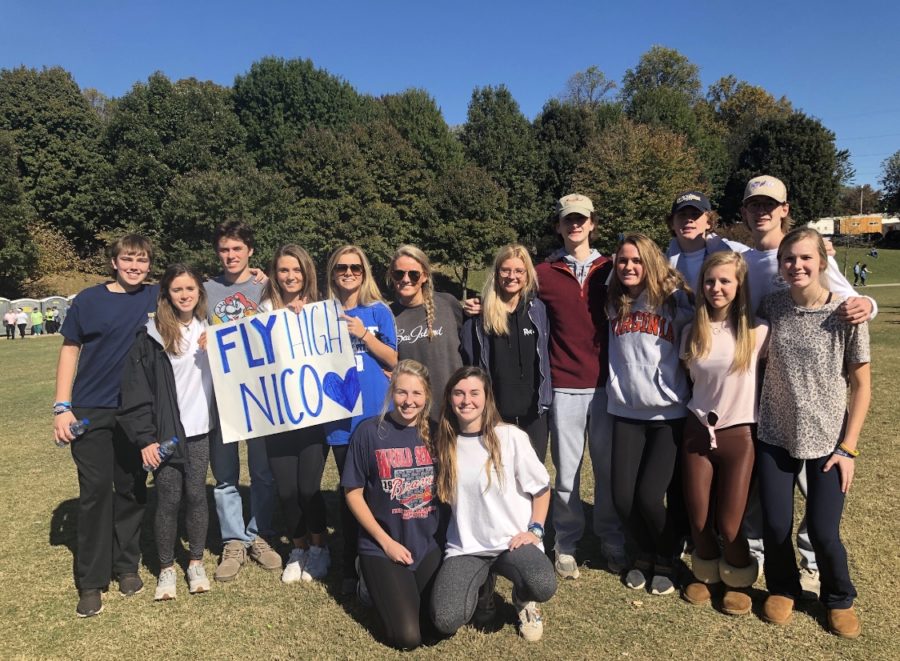 Out of Darkness: North Atlanta Juniors walk for suicide prevention

On Sunday, November 3rd, a large number of Warriors attended the annual “Out of the Darkness Walk” for sucide prevention held at Piedmont Park. The purpose of the walk is to raise awareness and funds that allow the American Foundation for Suicide Prevention (AFSP) to invest in new research, create educational programs, and support survivors of suicide loss. This year, AFSP was able to raise over 443,000 dollars and several North Atlanta students were among the 3,496 participants who took the 1.6 mile stroll around the park for this cause.

Many Warriors walked for a team created by Junior Henry Berman, who was also a volunteer at the event. Berman was able to gain immense support for suicide prevention and awareness in his community, creating a 54-person team and raising over 6000 dollars. “I just tried to get as many people to join and donate as I could,” said Berman. “I’m glad that I can raise money and support something that I think is very important.”

The thousands of particapants met on the lawn at Peidmont Park at the beginning of the walk, signing in and acquiring beads to wear which color corresponds to how you are connected to suicide or just support for prevention in general. Several people spoke and doves were released to honor those lost to suicide and to create hope for the future. “I love how everyone was able to come out and support something we feel passionate about together,” said junior Claudia Derrick. “It is so important that everyone knows they matter and that mental health is just as important as physical health.”

After this ceremony, particpants then began to start the 1.6 mile stroll around the park together, some holding signs supporting prevention or remembering those that were lost to suicide. The event occurs annually and many Warriors plan on attending and supporting AFSP every year. “I think that it is very important that we go back every year,” said junior Tyler Hankin. “Suicide prevention is something that we need to continue to support for every year to come.”

The Out of the Drakness Walk for suicide prevention has given people the courage to open up about their own struggle or loss and the platform to change our culture’s approach to mental health. Atlanta is just one of the hundreds of cities AFSP has been able to reach across the nation and Warriors will hopefully be some of their biggest supporters for many years to come.