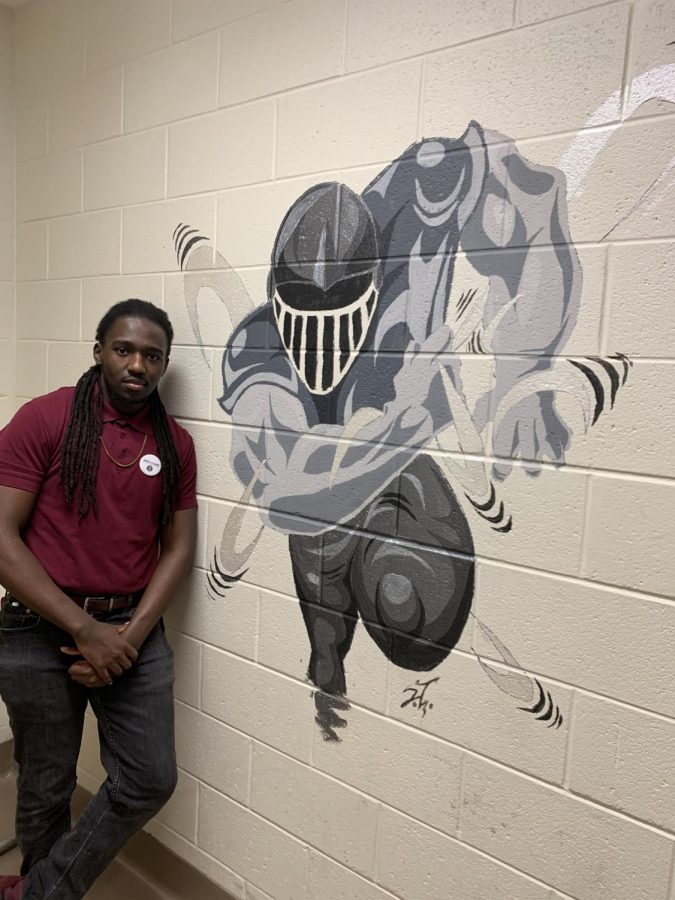 North Atlanta is known for its diverse school life and its variety of pathways offered to students. One student, Solomon Thorpe is combining many different aspects of North Atlanta into one through the creation of two murals in the locker rooms of North Atlanta. Thorpe, a senior, is currently working on these murals in both the boys and girls locker rooms in the gym which will be finished in April before graduation.

The idea of murals in the locker rooms first stemmed from athletic director Andre Reagan who began the process last year in collaboration with the art department. The art department selected two students, Thorpe, then a junior, and another student who was a senior at the time. The initial plan fell through and the senior graduated leaving Thorpe to complete the project on his own. Thorpe took things into his own hands and began the process again this year. Thorpe is working by himself to design and paint both murals. “Working on this alone gave me full creative ability, which was great to have as an artist,” said Thorpe.

Thorpe is involved in many aspects of school life here at North Atlanta and has participated in both art, football, and as of this year is a student in the brand new peer leadership class. He chose to combine pieces of all of these activities to create these two murals and leave his lasting mark on the school. The creation of these two murals was a part of Thorpe’s peer leadership class.  “I made it out of respect and to allow the different departments at NAHS to come together,” Thorpe said.

Thorpe hopes that students in the future will be given the ability to create a larger mural in the gym for more to view. As the class of 2020 enters their final semester at North Atlanta seniors have begun to say goodbye to the school they have known for the last four years and Solomon Thorpe is leaving his mark on the school, literally.