Warriors Basketball Pulls Out a Win in Double OT Thriller 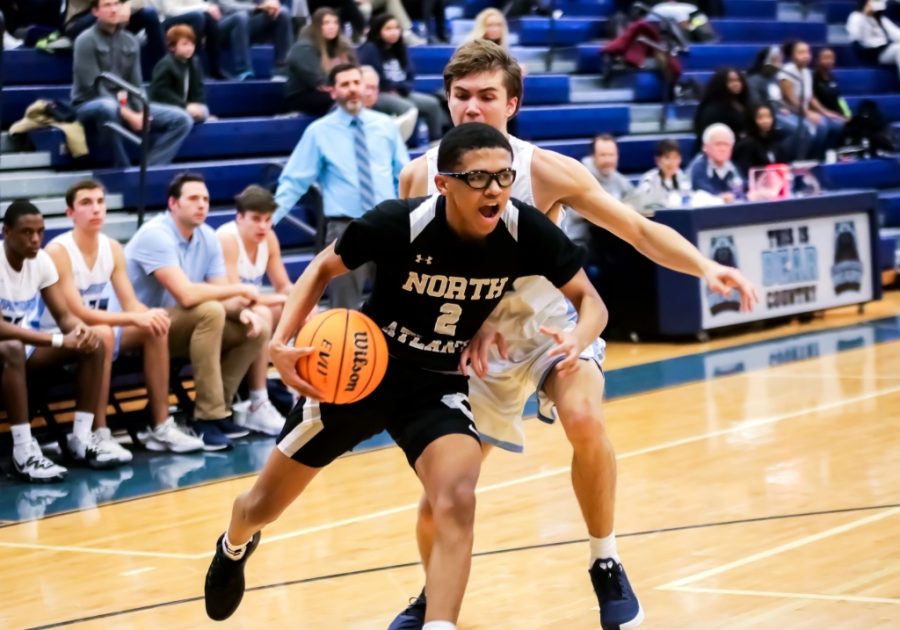 Bearing Down: Warrior small forward Tyson Motton drives for a bucket in a recent game against region rival Cambridge.

North Atlanta took on the Cambridge Bears on January 24 at North Atlanta. This game came off the heels of a controversial first meeting at Cambridge in which students from both schools got into a heated altercation. This resulted in students being banned from attending this game, a very divisive decision among students.

To start the game Cambridge came out strong scoring 13 points in the first quarter and taking a 2-point lead over the Warriors heading into the second quarter.  Star players Amari Scott and T.J. Lewis kept it close as the Bears managed to keep their momentum and once again out score the Warriors and take a 21-19 lead at half. Without the usual rambunctiousness of the North Atlanta student section the Warriors were in need of a moral boost.

Cambridge wasn’t ready to go home just yet, and began to chip away at North Atlanta’s lead. Shots from Kaleb Johnson, K’hamani Olivacce helped pad the Warriors’ lead during the fourth quarter but eventually tied the game up 40-40 with one minute left. A Warriors three from Hamilton gave the Warriors a 43-40 lead with a minute left, but a Cambridge and-one would send the game to overtime.

The 62-60 victory over Cambridge would mark the end of North Atlanta’s losing streak and serve as a huge moral boost for the team. Go Dubs, indeed!