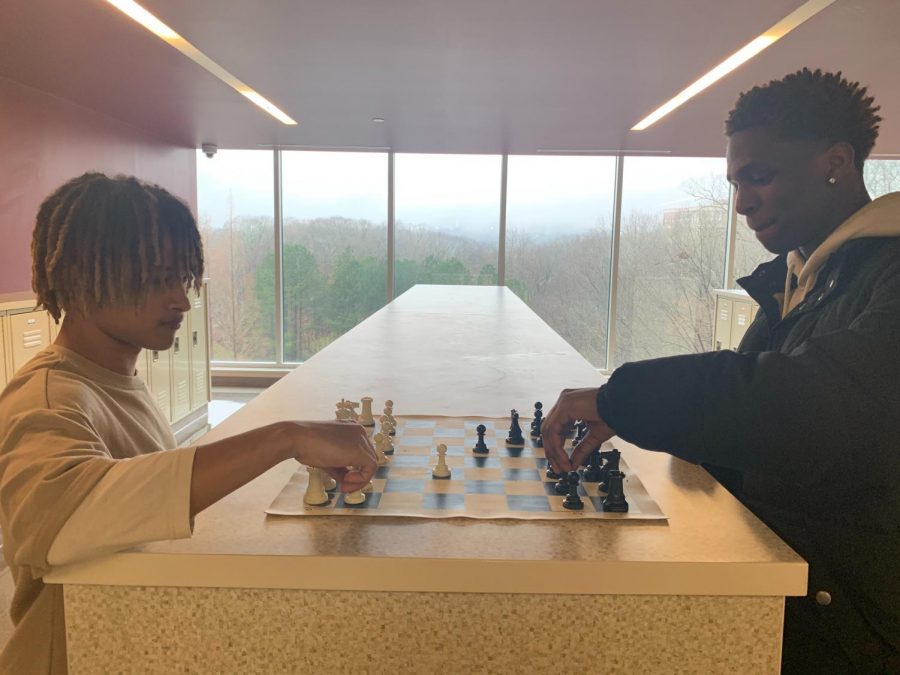 Students have recently been spotted across North Atlanta playing chess in the hallways during transition time, class time, and any spare second they get. It seems they have taken up a hobby unknown to most North Atlanta students. The chess players engage in matches for leisure and fun when they have any extra time in the school day.

Several boards are laid out on the fourth floor of our 11 stories where anyone willing can spend time relaxing playing chess with their pals. Students can be seen during all hours of school playing the competitive game. During lunches the halls are packed with eager chess players ready to play anyone who chooses to oppose them. The skill levels vary from beginner to veteran but all of them express a great interest in the game.

James Williams is a veteran player who has been a fan of the game for a couple of years now. His venture of playing his friends and other experienced chess players in the hallways started this year when he noticed the boards one afternoon. “I was going to lunch one day when I noticed the chess board,” said Williams. “I always liked the thought process and strategy that goes into winning, you always gotta be one step ahead of your opponent.” Williams is not in the chess club but is interested in seeing what it could offer.

Other players like Jaden Cottom who are new to the game and are constantly learning from the more experienced players. He recently took up the game this year and has begun playing hallway chess with his friends. “I got introduced this year to the game and I can’t stop playing it,” said Cottom. “It helps me relax and step away from the stress of highschool.”

Hallway chess is a new trend sweeping our 11 stories and helping introduce students to the strategic game of chess. It allows students to relax and take a break from school and battle it out on the chessboard.