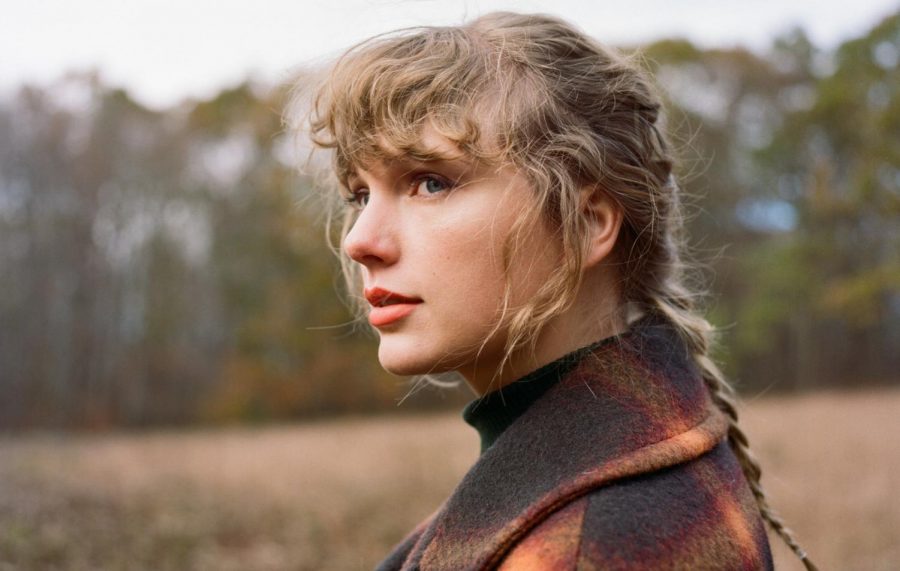 Fresh off the release of her critically acclaimed 8th album “Folklore,” Taylor Swift surprised fans everywhere by dropping a new album only 4 months after its debut. The new record, titled” Evermore”, is a companion piece to “Folklore,” wrapping up this new era for the artist. On December 11, fans of Swift eagerly anticipated the count off until midnight where they could hear the 15 tracks, each narratively crafted to perfection. Branching away from her usual breakup songs, Swift wrote a escapist album that details all sorts of stories from the heart wrenching song “Tolerate it” which deals with the mistreatment of someone by a partner to the thrilling “No Body No Crime,” which describes a murder mystery. “Evermore” is beautifully diverse in the stories that are being told.

The album opens with the catchy song “Willow,” which discusses Swift’s love for a certain someone in their life. While never explicitly stated to be about Swift’s boyfriend, Joe Alwyn, fans have speculated that the song was written about him, citing lyrics such as “Wherever you stray, I follow I’m begging for you to take my hand, Wreck my plans, that’s my man.” But while “Willow” may tread on somewhat familiar tropes for Swift, later songs explore brand new territory, allowing her to put on and take off different identities at will.

Following “Willow” is the heartbreaking “Champagne Problems” which seems to be a fan favorite. The song, which tells the story of a failed proposal, has incredibly poignant lyrics, such as “Your Midas touch on the Chevy door November flush and your flannel cure.” In this, Swift grapples with the painful reality that relationships don’t always answer logic; sometimes they end for what seems to be “no good reason” leaving little but open grief in their wake. This has led many fans to compare it to the critically acclaimed song “All Too Well” that was featured in “Red”.

Other standouts from the Album include “Happiness” and “Ivy,” which dig into the complexity of human relationships. “Happiness” tells the universal story of healing from a breakup, with lyrics such as “There’ll be happiness after you. But there was happiness because of you.” “Ivy” on the other hand has been met with differing theories. Some say that it details an affair between two people, some say that it is about her feud with the notorious record executive Scooter Braun. Whichever way you interpret the song, “Ivy” remains introspectively poetic.

While generally seen as a companion piece to Folklore, Swift’s newest release is much more upbeat, possibly intended as an optimistic counterpoint to the suffering detailed in Folklore. After a year of suffering across the globe, here’s to hoping that Swift’s optimism is both contagious and prescient. Thus far, Swift’s 14-year career has been characterized by nothing so much as the singer’s regular re-invention of herself and her music; this most recent move leaves the reviewer and fen excited to see where she goes next. Regardless, there is no doubt in my mind that whatever Swift decides to do next with her career will be just as fantastic as these last two albums.