Marc Church: A Star on the Field with a Bright Future 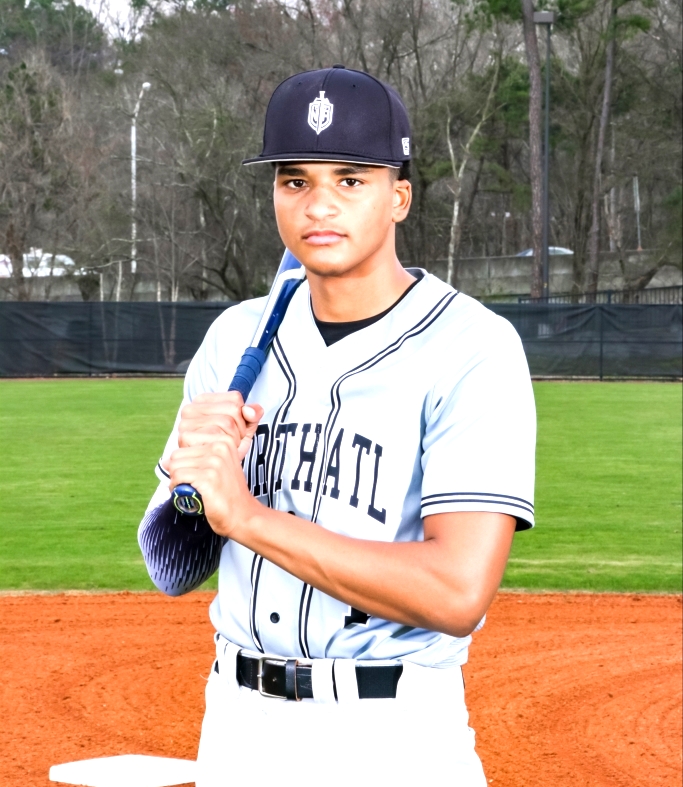 Pitchers Who Rake: Senior Marc Church finished his stellar season the season with a low earned run average while hitting for a high batting average.

Whether he’s in the field turning doubles plays, at the plate hitting moonshots to left field, or on the bump strike out batter after batter, senior pitcher and infielder Marc Church does it all. After picking up pitching this past summer, Church quickly won over scouts with his 90-plus mile per hour fastball as well as his tight slider and signed to play Division 1 baseball at North Carolina A&T University in Greensboro when he graduates from North Atlanta.

Church first fell in love with the sport at the age of three while after being introduced to the game by his dad and older brother Matthew. Ever since then, he has spent thousands of hours on the field and in the gym. “Baseball plays a huge role in my life and I’ve enjoyed every second of it,” Church said. “I’ve been provided many great opportunities and met many people from baseball, so I’m really thankful to this game.”

A lifelong dream for Church was to play baseball in college and get drafted to play Major League Baseball. Growing up, Church always played in the infield, primarily as a second basemen. After hitting the weight room hard following his sophomore season in addition to spending hours at the field every day practicing, Church was named an APS Allstar after his junior year and started catching the eyes of NCAA Division 1 scouts. The following summer, Church hit a major growth spurt, reaching 6 feet 2 inches tall, and it was at this point where he began to really win over scouts. In August 2018, Church committed as an infielder to play baseball at North Carolina A&T University. “It was an amazing feeling when I committed because I was able to see all my hard work throughout high school paying off,” Church said.

However, Church wasn’t done working. Because of his strong arm, Church decided to try out pitching in addition to playing the infield, and the result of the decision changed the course of his baseball career. Pitching came easily to Church, as he was throwing 92 miles per hour while also developing a wipeout slider after just three months. In January 2019, Church received a rating of 9.5 out of 10 at the Perfect Game World Showcase. After this, Church was named as a Perfect Game Preseason All-American for the 2019 season, and his ranking in the state of Georgia shot up from unranked to 30th overall and 15th as a pitcher. Leading up to his senior season for the Warriors, Church found himself on the radars of MLB scouts. “I never really thought about pitching but once I tried it, I realized my potential and became motivated to work hard as a pitcher,” he said.

This season, Church was a cornerstone piece for the Warriors. On the mound, he finished the season with a 2.62 earned run average and 40 strikeouts while only walking 11 batters and giving up an opponent batting average of .224 over 26.2 innings pitched. To go along with these stats, Church topped out at 94 miles per hour while striking out 10 batters over 5 innings in a win against Northview, all of which were season highs for the ace. To go along with this, Church also was phenomenal at the plate, tallying a .397 average, 20 runs batted in, 25 runs scored, and three home runs. “While our team was unable to achieve our goal and reach the playoffs, I am proud of my season individually and plan to build off of it going forward,” Church said.

While his youth and high school careers coming to a close, Church’s journey as a player is only just beginning. With his current plan to attend North Carolina A&T as well as his potential as an MLB draft prospect going forward, the future is bright for Church. It will be interesting to see how far Church can go with baseball, and no matter what, Church his making his fellow North Atlanta Warriors proud.