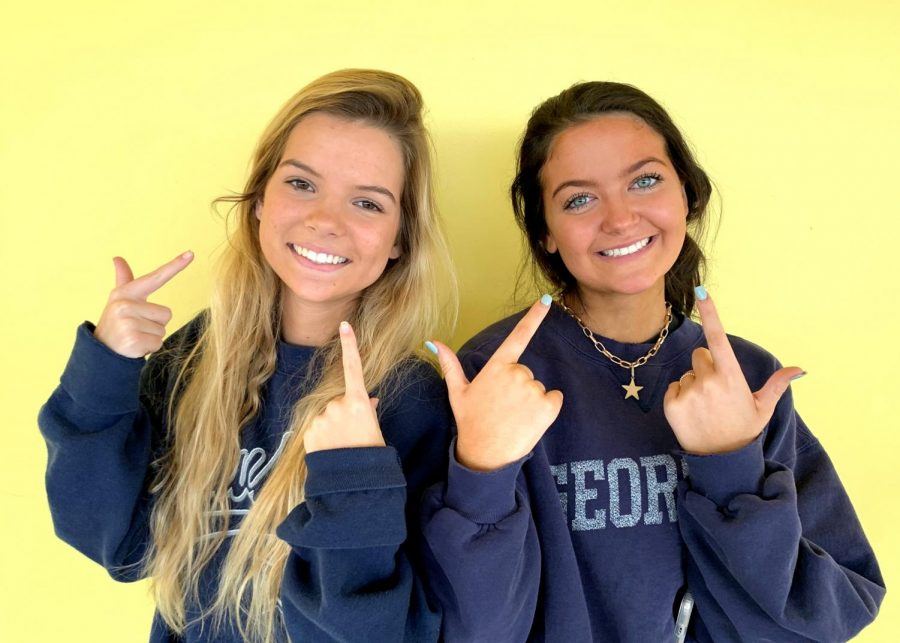 The recently concluded holiday season at North Atlanta was one of many cheerful colors, from red and green, to … orange? With the sun going down sooner and the U.V. index on the downfall you would think people were getting paler, right? Wrong. Fake tans are becoming more and more common and bringing a whole new shade to the North. Fake tans offer many benefits and drawbacks and many students at North Atlanta have mixed feelings over the presence of this new bronze-hued phenomenon.

Not everyone has a negative outlook on fake tanning. Whether its a tan from a tanning salon or a home product to reach a tanner complexion, many feel as though fake tans are just another aspect of their beauty regiment. “I know it can be difficult to use the right amount, but I like to use fake tan so I don’t look pale,” said junior Caroline Grice. “I like how it makes me look like I just got home from the beach, especially in these colder months.”

Other students don’t have quite as positive a perspective on fake tanning. Pale, after all, is perhaps something to be celebrated, they say, along with other more natural complexions. “I think that fake tanning is so unnecessary,” said junior J.R. Chambers. “They think looking orange is just better than your natural skin color but it’s just not.”

Whether you are a fan of it or not, fake tanning can have many drawbacks. Whether it appears uneven, blotchy, or too strong around a tanner’s hands and fingers, fake tanning can be a dangerous game to play. “I use it from time to time but there are seriously a lot of pitfalls,” said junior Elizabeth Henderson. “It can be super uneven or even make you break out.”

Whether you like it or not, fake tanning has a prominent presence on the North Atlanta campus. Many people are reaping the benefits from this phenomenon, and others are not such a big fan. Either way, orange you glad you’re a Warrior?