All the Right Moves: Making Sense of Wrestling Lingo 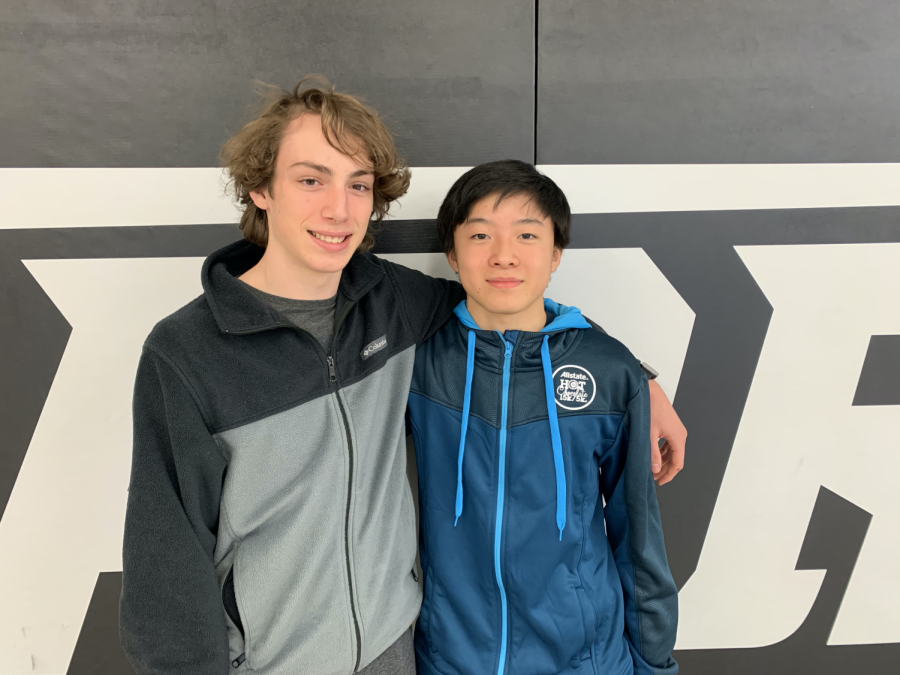 Wrestling: The sport of the ancients. Ever since Ancient Greece, wrestlers have been competing for years with all sorts of different moves to take down their opponents. But what about those who don’t wrestle? Here are a few moves straight out of the North Atlanta wrestling playbook.

Double Leg Takedown: When a wrestler dives and wraps both arms around an  opponent’s legs and drives him (or her) down to the side. Basically a full on football tackle, but no pads. This one is the CTE giver.
Granby Roll: When the bottom wrestler rises slightly and cross-steps under his own body, using it to post as they kick high with the other leg and perform a shoulder roll to the inside shoulder, either achieving an escape or an arm lock on the other wrestler. The ultimate slippery escape move for a quick getaway!
Peterson: When a wrestler is on bottom and seemingly at a disadvantage, they lock their arms around the leg and arm of their opponent and then roll into a pin. Plot twist 2.0. The best way to turn the tides in a match.
Blast Double: When a wrestler snaps down and drives into the legs of their opponent and pushes forward; basically football tackling them by the legs. Conor McGregor cannot match the quality and standards of North Atlanta wrestling.
High C: When a wrestler snaps his opponents neck down, then takes a shot forward and grabs his opponents leg, lifts them up into the air by the leg and takes them down hard. Truss me, when done full power, it’s as bad as it sounds.
Fireman: When two wrestlers are tied up, and one wrestler grabs the elbow of their opponent and takes a shot at the legs, lifts their opponent on top of their back, then falls back hard on them. Someone pull the fire alarm?
Back Heel Trip: When a wrestler wraps and locks their arms around their opponent, puts their leg on the outside of their opponent’s leg, and flip towards that direction, tripping their opponent and then falling on them. Naw, dawg, you trippin !
Boot Scoot: When two wrestlers are in a tie, and then drops down and allows their opponent’s momentum to push them forward, while the wrestler spins behind and trips their opponent and dives onto their back. Boot. Scoot. Whatta name, eh? Yeah. It’s a pretty good name.

Being a Warrior wrassler’ is not exactly WWE, stuff, we know. But those names have got some serious high entertainment value. Props to the Dubs!