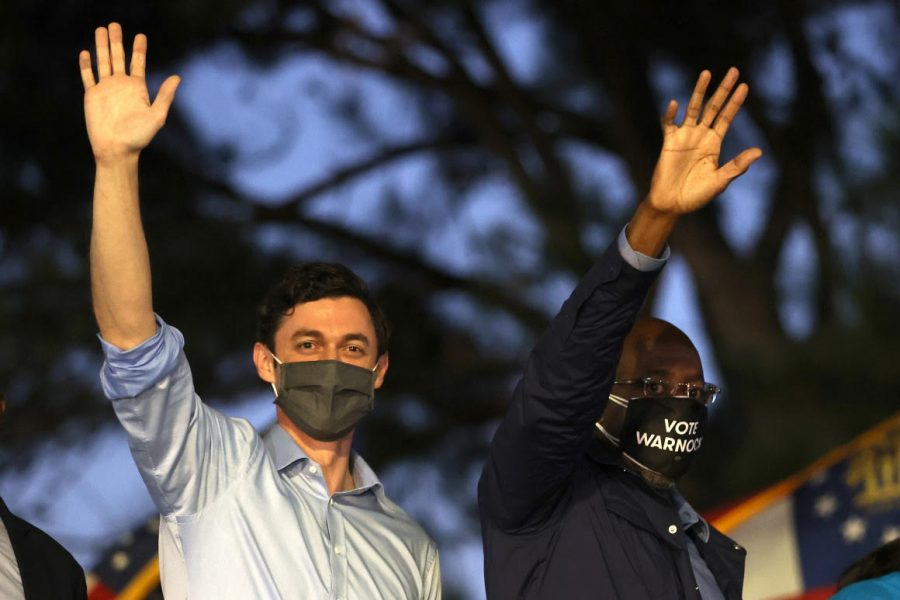 Over the past two months, the status of Georgia’s senate election was the talk of many platforms, with TV channels and YouTube ads broadcasting election ads at every break. Many felt themselves invested with these ads, some completely over them, yet it’s safe to say that the effects of these ads was displayed on Tuesday’s runoff election with the Democrat party’s win.

The 2020 presidential election made it evident how important Georgia’s role as a swing state really is, as the margins between President Trump’s and President-elect Biden’s votes were very close. After voting blue in a major election, the power Georgia citizens hold over key voting processes suggested that the runoff would be very important in deciding which party would control the senate. With the victory of Senators-elect Jon Ossoff and Raphael Warnock, the senate is now split 50-50, giving Vice President Kamala Harris the tie breaking vote. Democrats now have the ability to enact policies on key issues, such as health care, climate change, and the ongoing pandemic.

Another breakthrough made by this runoff election pertains to the two men themselves. Raphael Warnock is Georgia’s first black senator and a symbol for a changing south. Jon Ossoff will be the youngest US senator since President-elect Joe Biden’s senate position in 1973, and will be Georgia’s first jewish senator.

With the increased display of election advertisements came a bigger audience among NAHS students, particularly those active on social media sites like TikTok, Twitter, and YouTube. Jon Ossoff has become a popular name with today’s teenagers that seek progressive changes in society, such as student Carmen Aycock, who enjoys the use of these apps for both entertainment and education. “I think utilizing apps like TikTok to reach and engage more people is a smart move,” she says. “Plus, a lot of teens like his photogenic face.”

A win like this couldn’t have been possible without the political activeness of the Georgia citizens who are fed up with conforming. Things like “letting the virus take its course” do not slide with the hundreds of thousands of students and young activists who chose to make a change this year. While this year was very defining for this state and the country itself, we must continue to support those in office and push for the policies we want, and we hope Ossoff and Warnock will do just that.