Star Wars Goes Western: The Mandalorian, One Of The Best Shows Of 2020 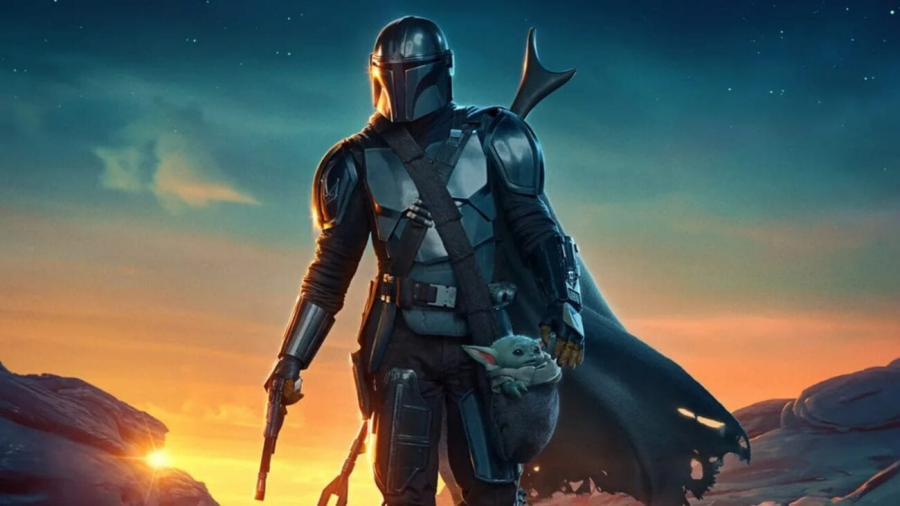 The Marvelous Mandalorian: In its second season, The Mandalorian soars in popularity among everyone, Star Wars fans or not.

The Mandalorian is a hit western-style Star Wars show that came out in 2019 and is currently its second season. It’s the first live-action Star Wars show and has spawned a whole new era of Star Wars, as Disney has announced many new shows during the same time period. I am a huge Star Wars fan and love The Mandalorian. The show does a good job of bringing aspects of Star Wars that we don’t usually see, like not focusing on the Jedi or the Sith. Instead, it focuses on a bounty hunter named Din Djarin who is a Mandalorian helping a young Yoda-like alien find a Jedi master.

Beware of spoilers! Season two does a good job of connecting other shows to The Mandalorian. For example, The Mandalorian made four fan-favorite characters; Ahsoka Tano, a Jedi that survived order 66, Bo Katan, a Mandalorian from Mandalore, Boba Fett, who many believed was dead, and, in the season finale, Luke Skywalker.  Ahsoka and Bo Katan are from previous series, and The Mandorlian made them live-action. These are not recurring characters in the show-though, but will be characters in spin-off shows from The Mandalorian like Rangers of The New Republic, Book of Boba, and the Ahsoka show.

Season two gave us a fitting end to the mission Din Djarin started, and gives us a great cliffhanger for what will happen in season three of.  I would personally recommend this to anyone because it’s such an enjoyable show even, if you aren’t a Star Wars fan.  It feels more like an old cowboy western than the futuristic Star Wars many are used to.  The Mandalorian is truly out of this world.