New Girls Soccer Coach Has Hopes of a Successful Season 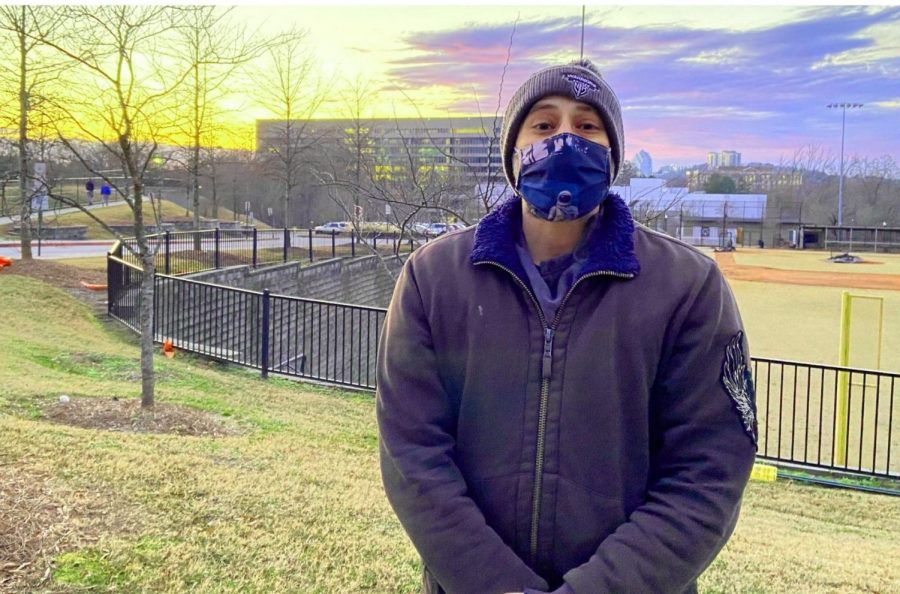 After having their last season cut short because of COVID, the North Atlanta girls soccer players are more eager than ever to get back out on the field. This year, the team will be led by a fresh face. Coach Cesar Baeza has stepped up this year as head coach, and will work alongside Tara Minnax to hopefully lead the NAHS girls varsity soccer team through a successful season.

While this year is Baeza’s first year coaching the girls varsity soccer team, it’s not his first year coaching soccer. Baeza spent two years coaching at Prospect Heights, and another two years at Tilden, which are both schools located in Brooklyn, N.Y. Last year, he was the head coach of the NAHS girls Junior Varsity soccer team and this year will be his sixth year coaching. Baeza also has a bit of a background in playing soccer as well. He played soccer through high school and into college, and has played on and off in recreational leagues in both New York and Atlanta since graduating college. Soccer has always been Baeza’s sport of choice, though his “enjoyment for the sport has always exceeded his ability,” he says.

Some Warriors are very excited about this new addition to the team. Hopeful for another successful season, many believe that their new coach can help lead them to victory. “I’m so excited to have Baeza as a coach this year and can’t wait for the season,” said sophomore Mya Todd.

To say that Baeza is excited for the upcoming season would be an understatement. Though he is nervous about taking on a new level of responsibility and working to keep everyone COVID-safe, he sees it as an opportunity for growth and is very appreciative of the opportunity. While Baeza is thrilled about the soccer program and coaching the girls, what he is truly looking forward to is becoming part of the family that has been created among the members of the team. “The girls just seem like a fun and supportive group of young women who seem to treat each other more like sisters than just teammates,” said Baeza. “Their character will always matter more to me than wins and losses.”

Lastly, Baeza is looking forward to working with Coach Tara Minnax, who has been a part of the North Atlanta soccer program for quite some time, 13 years to be exact. This year, the coaches will work alongside each other to lead their team through the season. “I’m excited about working with Coach Tara Minnax, whose experience and commitment to the team is only matched by her commitment to the girls themselves,” said Baeza.

It’s safe to say that Coach Baeza has high hopes for the season, both from soccer and social standpoints. With that being said, the Warrior Wire staff wishes him the best of luck, and as always, go Dubs!