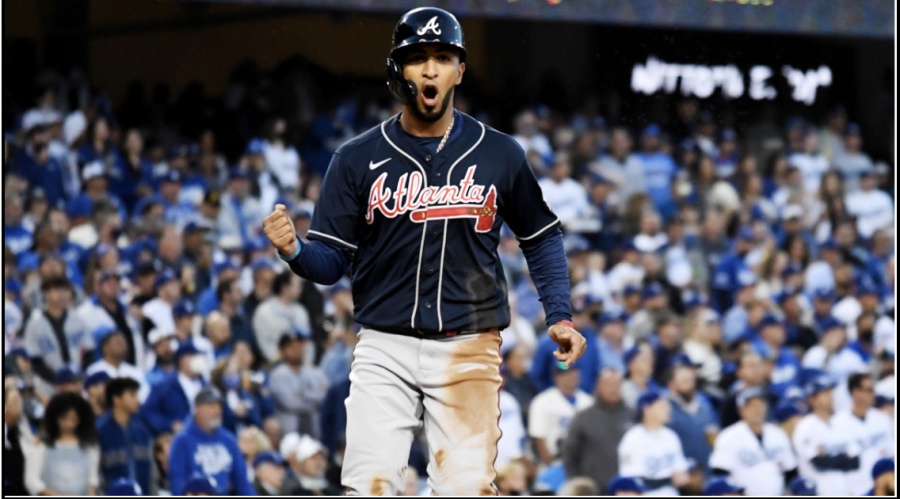 Unlikely production: Outfielder Eddie Rosario has come up huge in the postseason.

The Atlanta Braves have found themselves in familiar territory. For back-to-back years, the team is within one game of the “October Classic,” but manager Brian Snitker and the rest of the ball club are hoping for a different result this time around. 2020 ended in disappointment for Braves fans when they blew a 3-1 lead to the eventual world champion, the Los Angeles Dodgers, but can a team riddled with injuries since the All-Star break actually secure their spot in the history books, or are they destined to repeat history?

The Braves were one of the most highly regarded teams coming into the year, but were still overshadowed by bigger-market teams like the Padres, Dodgers, and Yankees. The team had top-10 odds to win the World Series (+1000), but two months into the season, the Braves were 25-26 and still without back-to-back wins on the year, but it was not all bad. Ronald Acuña, the Braves young star, was putting up all-star numbers. Third baseman Austin Riley secured his spot as a Braves franchise cornerstone, but Acuña’s MVP campaign was cut short when he suffered a torn ACL and joined Braves ace pitcher Mike Soroka on the injured-list. It looked like the Braves took a step back, but after the All-Star break, the team took off. The team fought off mid and late-season playoff pushes by the Mets and Phillies to secure their spot as a division champion. Despite being the third seed, the Braves were considered a long-shot to make a deep run, but they have proved baseball experts wrong. New additions like Joc Pederson and Eddie Rosario proved crucial to their win over the Brewers and their success up to this point in the playoffs. Jeff Schultz, a respected-MLB journalist and reporter squashes the idea that the Brewers and Dodgers have beat themselves and that the Braves have coasted to their position. “There’s a narrative we need to smother right now — that Dodgers are losing because they’re worn down and injured. Nobody should need reminding what Braves have gone through, and who they’ve lost, and how many times this season could have jumped the rails.”

As of today, the Braves are leading the series 3-2 and are heading back to “The A” to play games six and seven. Scheduled to go up against Dodger’s aces Scherzer and Bueheler, the Braves path to the World Series is not a given, but thanks to the unlikely production from outfielders Eddie Roasario and Joc Pederson, the Braves are defying the odds. If the Bravos can shut down the Dodger’s bats, they have a legitimate shot at their first title since 95’. They are legitimate contenders.